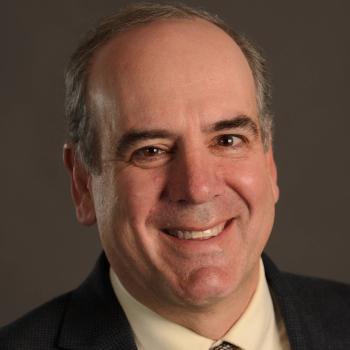 Steven Goodman is Associate Dean of Clinical and Translational Research and Professor of Epidemiology and Population Health, and Medicine. He is co-founder and co-director of the Meta-research innovation Center at Stanford (METRICS), a group dedicated to examining and improving the reproducibility and efficiency of biomedical research. He led the Stanford CTSA KL2 and TL1 training programs from 2012-2019.

Dr. Goodman’s own research concerns the proper measurement, conceptualization and synthesis of research evidence, with particular emphasis on Bayesian approaches to quantitation, and qualitative approaches arising from the philosophy of science. He is also interested in developing methods to use shared data to confirm and extend published science, as well as to explore new hypotheses. He also has worked on the connections between ethics and scientific methods, particularly in the domain of interventional research, and policy making. Finally, he has a strong interest in developing curricula and new models for teaching the foundations of good scientific practice, from question development to proper study design, conduct, analysis and inference. He teaches courses on clinical research methods, foundations of scientific and statistical reasoning, and evaluation of diagnostic and predictive technologies.

He has been a senior statistical editor of Annals of Internal Medicine since 1987 and was Editor of Clinical Trials: Journal of the Society for Clinical Trials from 2004-2013. He is Chair of the Methodology Committee of the Patient Centered Outcomes Research Institute (PCORI), where he led their open science and data sharing efforts, and is scientific advisor for the national Blue Cross–Blue Shield Technology Assessment Program. He has served on numerous Institute of Medicine committees since the mid 1990’s, including chairing a 2012 committee on drug safety, and as a committee member on sharing data from clinical trials, whose report was released in January, 2015. He was awarded the 2016 Spinoza Chair in Medicine from the University of Amsterdam for his work in scientific inference and the 2019 Abraham Lilienfeld award from the American College of Epidemiology for his research and teaching contributions to the field.

From 1989-2011, Steve served on the faculties of the Johns Hopkins Schools of Medicine and Public Health, where he was co-director of the doctoral program in Epidemiology and member (1989-2011) and then director (2007-2011) of the Johns Hopkins cancer center’s Division of Biostatistics and Bioinformatics. At Hopkins, he taught courses on Systematic reviews and Meta-analysis, Diagnostic and prognostic testing, and several courses on epidemiologic, clinical research and inferential methods. He received an AB from Harvard, majoring in Biochemistry and Applied Math, an MD from NYU, trained in pediatrics at Washington University in St. Louis, and received a master’s degree in Biostatistics and PhD in Epidemiology from Johns Hopkins.